Madison guitarist and vocalist Clark Anderson left his weary blues behind in September, 2010, but his remarkable body of brilliant, witty, intelligent compositions survives him and his wife and daughters and grand children.  We played together some and I loved his energy, his stories and his music.  Here are a few of the many recordings we made together along with our drummer buddy, Sargi (“Man and his cymbals!” Clark would always announce when introducing Sargi at our gigs…what a riot.)

Sumbitch stole my hat! But he sure can play….April, 2001. Photo by Maury Smith.

Meantime, I suggest you visit this website put together by his pal Marc Eisen upon his passing.

All Comes Back on You 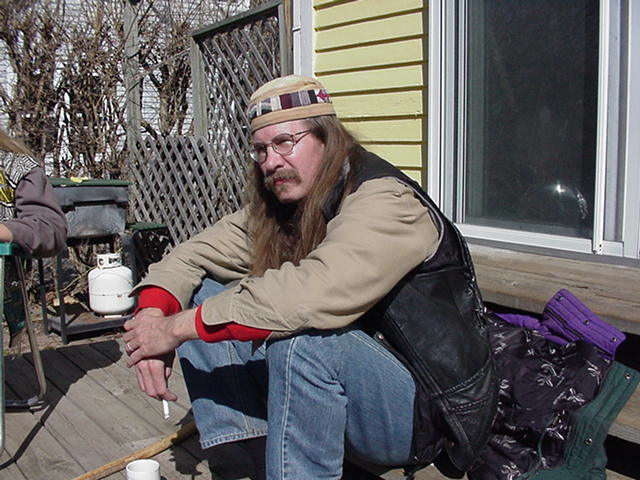 “I’ve had epiphanies would make you moan….” April, 2001. Photo by Maury Smith